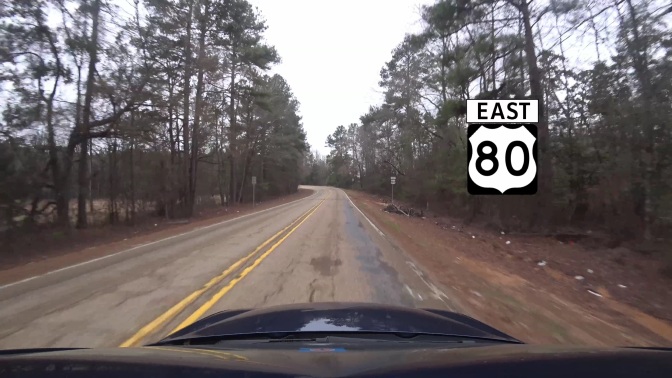 The Automobile Club of Savannah conceived the Dixie Overland Highway in July 1914.  At that time, the club made a path-finding tour across the State of Georgia from Savannah to Columbus.  The cross Georgia highway again revived the thought suggested by the pioneers, and an ocean to ocean highway was projected.  It was then developed that the Dixie Overland Highway when constructed will be the shortest, straightest, and only year round, ocean to ocean highway, in the United States.